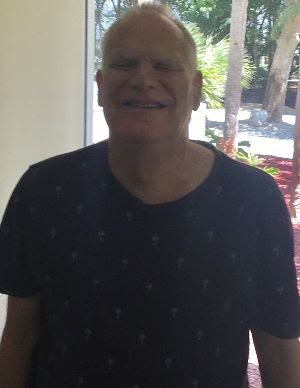 Mike was born in 1953 in Miami, FL. Mike is completely blind from birth. When Mike was 13, in 1966, the family moved to Boston so Mike could attend Perkins School for the Blind. After three years, the family returned to Miami, and Mike attended FIU and Florida State College. He earned a degree in broadcasting. He was a sports announcer for the FIU baseball games and later became a producer for WWWOK. Today, he is a talk show host on his own telephone support group every Sunday called “Lance Line”.
Mike’s mom lives on her own with the help of an aid in Pembroke Pines FL, and Mike is a resident at the Imperial Club. I met Mike for the first time this past Tuesday. He was full of questions about the Shabboxes and Shabbos in general. He asked if I could produce the reading material in Braille. This gave me my next project.