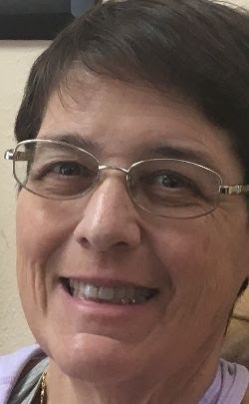 Bonnie Bernstein was born in 1962, in Brooklyn NY. Her Father was from Germany and mother was from Russia. She had two older sisters. After graduating high school, she attended Vasser College, and graduated as the valedictorian with a degree in English.
Bonnie then attended graduate school and earned her master’s degree in library information. She got married in 1989, and she and her husband moved to Las Vegas. Bonnie’s husband worked with American Airlines. He was eventually transferred to Tampa, Florida, where he and Bonnie settled for a while. After two years, the couple moved to Ruskin, Florida. Bonnie’s husband passed away two years ago, and Bonnie went to live with a cousin in Coral Springs. Two years later, Bonnie entered Colonial assisted living in Lauderhill, where we met am few months ago. Bonnie is obviously a very proud Jew and never missed a TOP class. She calls me each week to ask when candle lighting is, or just to say hello. A few months ago, Bonnie was very upset that she was being transferred to another facility and would no longer be able to attend my classes. But then I received a call from her new facility asking me to give classes there! Of course, it was Bonnie who made the referral. Thank you, Bonnie!