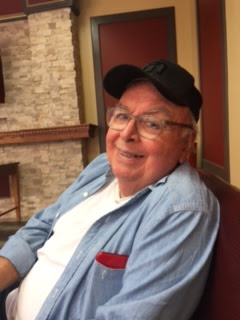 Barry Meyers was born in 1939 in Brooklyn, NY. He graduated Thomas Jefferson High School in 1957. He continued his education in Wharton Business School in Penn State University.
After graduation he managed a chemical lab known as Gigi Labs until 1975. He then switched to Custom Chemical Lab which he managed until he bought them out in 1997. He continued there until 2008. At that time, he sold the company and retired. Barry was married twice and has two daughters from his first marriage. One daughter lives in FT. Lauderdale and commutes weekly to manage a television station in Tuscon , Arizona. The other daughter lives in Engelwood, NY. She is the proud mother of a boy and a girl. Barry’s grandchildren. A few months ago, Barry was living on his own and passed out in the street. He was brought to the hospital and woke up three days later. To this day, the doctors do not know what happened to him, but he realizes he is not up to living on his own. Barry is a very intelligent man is very interested in the TOP classes. As he put it, He learned more about Judaism in the three classes he just attended than he had his whole life.